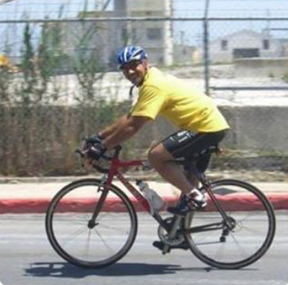 Larry Bensky was a fun, loving, kind, concerned and genuine person.  The youngest of seven boys, Larry was the baby in a family widely known in Owings Mills/Reisterstown.

Growing up, Larry was athletic and entrepreneurial.  He played football from the time he was big enough to put on the pads until he was captain of the Randallstown High School Rams.  His passion for the sport did not diminish, even after he stopped playing.  He loved the Baltimore Ravens, never missing a game.  He also liked to watch high school football, even if he didn’t know anyone on the field.  Larry loved baseball too.  He would always see at least part of every Orioles game, sometimes waking up in the middle of the night to “catch a score,” as he always said.

From the time he was 7 years old, Larry was in business.  It all started with Larry’s Lawn Service.  I can still hear Larry telling stories of all the subsidiaries of this first business.  There was Larry’s Snow Removal, Larry’s Newspaper Delivery, and who could forget the infamous concession stand at Coldspring New Town.  The stories and laughter these ventures brought to our lives are unforgettable. 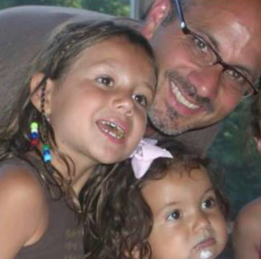 Larry and I met in May of 1991, married in May of 1994, and have two beautiful little girls: Gabriella, and Katelyn.

​Larry was an awesome father to our girls.  He loved to take them places, show them new things, explain how machines worked, take them for rides on his John Deere tractor, and talk with them about the stars and the moon while taking a walk on a clear night.  Larry was hands-on.  Although he said he never changed diapers or gave baths, he did both when no one was looking.
​
Larry was an incredible husband.  His love was unconditional and he was my biggest supporter.  Many times, he said he was looking forward to growing old together.  He wanted to be like his father and grandfather, who always showed much love and admiration for their wives. 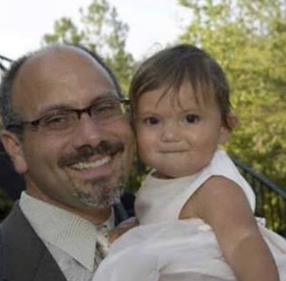 Larry worked tirelessly for our family.  His words go through my mind all the time: “I do everything for you and the girls.  I don’t need anything, it’s all for you.”  And his actions supported his words.  While he was frugal with his own wants and needs, he was extremely generous to us and our entire family.  Family was important to Larry.  It was important to him to “take care of his own,” and he did. 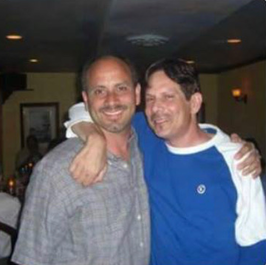 Larry had so many good friends.  He never forgot a face, and was always eager to say hello to anyone he knew, even if the connection was one conversation, ten years ago.  He called them “dear” friends, a term that came from his dear friend, a neighbor who has since moved to Aspen.  Many of his friends were life-long, yet even his newer friends felt a close bond with Larry.  He gave a lot to his friendships.  He asked a lot of questions…a lot of questions.  Those who had been through the “interrogation” came to love him and realize that he just wanted to get to know them better.  Larry loved to be silly and have a lot of fun.  So many good memories.

Larry graduated from University of Maryland, College Park with a degree in Civil Engineering.  He was much sought after upon graduation, receiving highly coveted job offers from the top two construction firms in Washington, DC. He decided, though, he wanted to work in the family business, Bensky Construction.  He stayed with the family business for a while then gave big construction a try.  He worked with Omni Construction, later merged to become Clark Construction, for a number of years.  During that time, he was most proud of his work on the Baltimore Ravens Stadium.
The family business, though, was still in his heart.  He went back to Bensky Construction, taking over the business with his brother, Howard, upon his father’s retirement.  Interesting recent projects include completing the subway station at Lexington Market and the Walter Sondheim fountain in the Inner Harbor.
​
Larry was a magnificent person.  He is missed so much, more than words can describe. 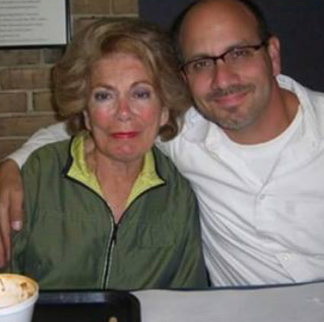 April 6, 2010: Larry Bensky started this day like every other. When the alarm went off at 4:37 a.m., Larry got up, took his shower, walked his beloved Australian Shepherd, Joey, came home, and had breakfast while reading the paper.

At about 6:00 a.m., Larry gave me a kiss to wake me up for the day, and then blew kisses to his sleeping princesses, Gabriella and Katelyn, as he made his way out the door to go to the office.  Larry’s day was filled with paper work and phone calls, both business and personal.  Larry always took time to talk with friends.  He and I talked throughout the day to plan the afternoon and evening activities for our family.  The plan was set for Larry to go cycling around 3:30 p.m., which usually turned into 4 p.m., and then he’d be back by 6:30 p.m. so I could attend a seminar at Gabby’s school.

At 3:45 p.m., I pulled into the driveway to see Larry preparing to leave for his ride.  Larry was already on his bike, just having finished a phone conversation with one of his many dear friends.  I had the girls in the car.  Larry asked Gabby about her day, gave her a kiss, blew kisses to Katelyn, who was sleeping, and took off to do what he loved: ride his bike through Worthington and Greenspring Valleys.

At 4:37 p.m., life changed forever.  I got a call from Joel that he and Larry were hit.  I figured it was like the several other times I’d gone to pick them up after a wheel was bent, or someone had really bad road rash and couldn’t ride home.

This time, it was different.  I asked Joel where I should pick them up and he said I couldn’t come.  He said that Larry was unconscious.  I threw the phone and screamed as loud as I ever had, then grabbed our girls and ran to the car, not even knowing where to go.  Fortunately, a moment of clarity hit, and I asked a neighbor to come with me.  I left Gabby and Kate with my neighbor’s wife, and he just started driving.  I was able to call Joel and find out they were on Butler Road.

The accident scene was surreal.  After gaining access through two police barricades, I saw Larry’s bike twisted and stuck into the front of a car.  There were 2 ambulances in front of me; Larry and Joel were behind them.  I begged for information and was only told that the medics were working and I had to stay away.  Finally, one ambulance pulled away.  At that point, I was just hoping and praying that Larry was alive. But then, as the police sergeant walked over to me, the look on his face said it all.
​
He told me Larry was killed instantly.  He said that as he and Joel were riding on Butler Road, a woman came around the corner and although she said she saw them, she hit Larry first, and then Joel.  The details of the accident are too painful to recount.  The result is felt each and every day as I mourn the extraordinary loss of my husband, my best friend, and the father of our beautiful little girls.  We were a great team.